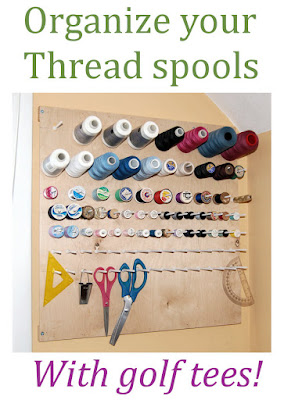 What is it about the new year that makes me (and apparently everyone else) want to start organizing our lives?  Is it the fact that we all decide we want to start the new year with a clean slate (and desk)?  We want to clean out last year's messes and swear this year will be different?  Or maybe the real answer is, that we just want to find room to put all those new things we got for Christmas!  Either way, I think we all have at least a little bit of that urge to start going through drawers and clearing out the old and getting a little more harmony in our lives.

If you follow my blog at all, you know that I've been on an organizing kick lately.  I go through this about once a year.  Last year, I spent an entire week doing nothing but organizing, ironically, my craft room.  Despite how messy and unkept it is now, it was way worse before that.  I figure if I keep doing this once a year, I'll eventually get it the way I want it!

Just a warning, the post ahead is picture heavy!


This year, my goal is to get a better handle on my sewing machine area.  It's been pretty neglected and tends to gather lots of clutter.  Here's what it looked like last week. 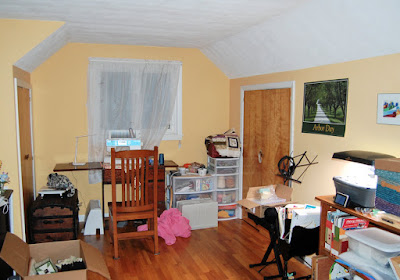 I've been working a lot on it and it looks a million times better!  I'm not quite done with it yet though, so today I'm going to focus just on my thread clutter.  Yes, I love to sew.  I want to say I don't have a lot of thread, but I think I actually do compared to the average crafter.  I used to keep my thread partially in my sewing box and partially in a drawer in my sewing table.  Here I gathered it all up in the drawer so you can see what kind of mess it was. Ok, so that's messier than it usually is.  Usually it's at least all standing up somewhat straight, but even then it was hand to find what I wanted without digging around a bunch.  Needless to say, it was kind of a pain.  I started looking around the internet for a way to store thread vertically, and there are lots of ideas.  I particularly liked a cool item I saw on Amazon: 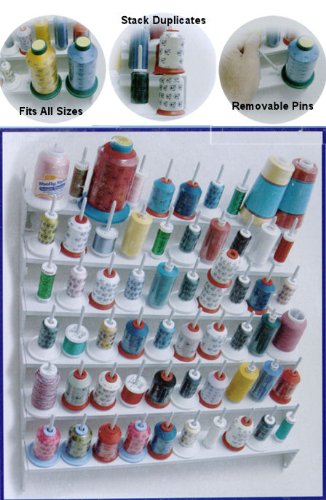 But, it was $30 and I'm the ultimate cheapskate.  I knew I could probably make something myself that used items I already had or thing I could get cheaply at the store.

There was lots of ideas using peg boards and nails, but I had neither a piece of pegboard or nails long enough for my project.  Then I saw a cool idea using golf tees!  Now there's an idea.  And because Hubbs and I are amateur wood workers, we always have extra boards around.  So zipped over to Walmart and bought a bag of 3 1/4 inch golf tees for $3.50, dug out a piece of 1/4 inch plywood, and got to work. 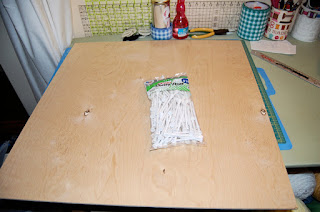 I can't tell you what size my board is.  It looks to be about 24x26 inches.  It was left over from an armoire we made a few years ago.  I believe it's oak hardwood plywood, but any old board will do, in whatever size you want for your thread.

The first thing I did was to decide how I want the thread to be stored.  I have a lot of different sizes, so I decided that I wanted the big spools on the top, and then the small ones on the bottom.  I dug out my super big spools and messed around with them on the board until I decided what looked like a good alignment. 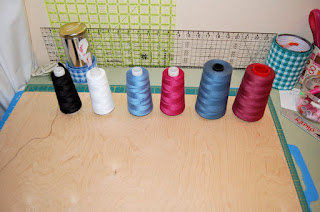 I would have one row of big spools on top, two inches from the top edge.  I marked two inches down on both sides. 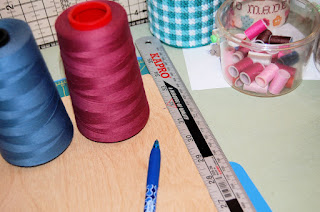 Then I lined up my ruler with both marks and drew a line across the whole board. 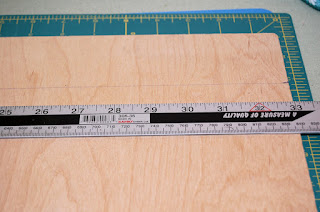 I marked the spot on both sides and drew another line.  Then I did the same process for the slightly large spools. 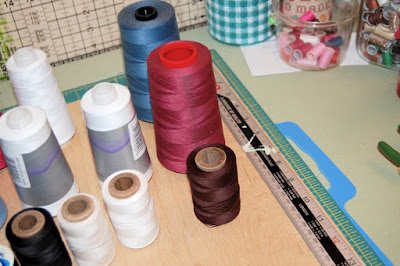 I ended up not filling the entire space with lines.  I left probably a quarter of the bottom unfilled.  I don't have solid plans for it yet, but I'm thinking about adding some baskets or hooks or something for my tools.  We'll see!  However, you can fill your whole space with lines if you want.

This next part can be a real brain scratcher.  You need to place your spools on the lines and decide how many tees you want for each line.  My board is 24 inches wide, and this is how many spools I decided to put on each line: 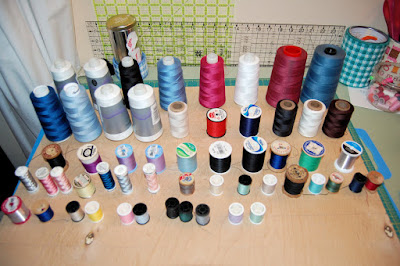 Once you know how many you want for each line, you need to mark the spots you're doing to put the tees.  I can't give you any advice on how to do this.  You can eyeball it, or you can do complicated math (I ended up mostly doing math, but it was hard).  Eyeballing is the easiest way, but you're more likely to get an uneven placement.  Math gives you better looking lines, but it can be difficult! 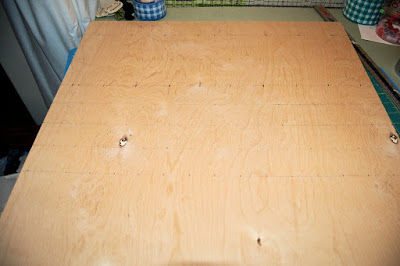 Now because my board is so thin (it's only 1/4 inch thick), I decided to add some braces on the top and bottom.  These are just extra boards I had laying around.  I think it's something like a 1x2 piece of poplar.  I simply cut them to length, added a little wood glue, put them in place on the top and bottom of the back of the board, then shot some brads through the front to secure it while the glue dried.  If you use a thicker board, like a 3/4 inch piece of plywood, you probably won't need to do this. 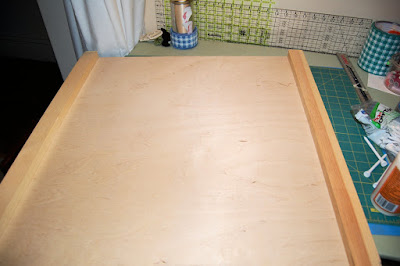 Next, the fun part!  Gluing the tees in place!  I used Gorilla Glue wood glue.  I've had terrible experience with Elmer's wood glue, so I wouldn't recommend it.  I also used wood golf tees.  I'm not sure how wood glue would hold plastic golf tees. 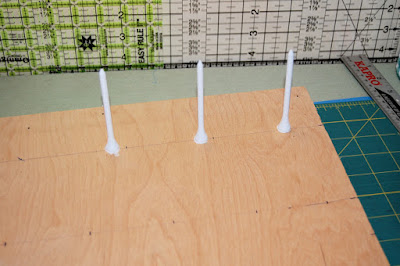 After 24 hours of drying, it was ready to put up in place!  I will someday take this down and spray paint it white, but it's 20 degrees outside and I don't have anywhere well ventilated enough for that at the moment.  But that's ok, it still works!

How you hang your board will depend on how you made it.  I decided to drill screws straight through the board and into the wall behind.  Make sure to put anchors into the wall first if you're not drilling into a stud. 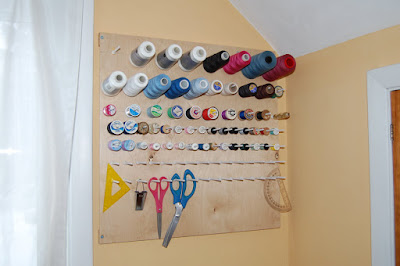 Now isn't that nice!?  I had lots of extra hooks, so I hung up my pinking sheers, some scissors, a couple small templates, and my bias tape maker.  It freed up an entire drawer, which gave me a place to put a lot of clutter that was just floating around.

So what do you think?  Do you like my spool storage?  Do you have a system that you like better?  I always enjoy seeing how everyone else organizes their crafts!