It's Wednesday as I'm writing this post, and I'm knee deep in preparations for a trip I'm going on tomorrow.  AUGH!  I feel like it's it's more work than it's worth sometimes!  Of course I won't think that once I'm on the road tomorrow!  We're driving to North Carolina to visit my brother-in-law, which is about an 11 hour drive from where we live in New York!  I made sure to pack lots of magazines and graph paper (for making patterns on the road, lol), plus I filled my iPod with audio books and podcasts.

So back to the pattern!  This week I'm posting the last pattern of the gingham sewing accessories collection, a thread box.  It's like a sewing box, only smaller.  It's big enough to hold four spools of thread, a small needle book, a small pair of scissors, and probably a seam ripper too if you're so inclined.  I plan on using the one I made to hold my plastic canvas supplies (needle book, scissors, dry erase markers, small pieces of plastic canvas for a pattern).  You could just as well use this as a gift box!  I think it's very pretty and would be enjoyed my a lot of folks on your gift list. 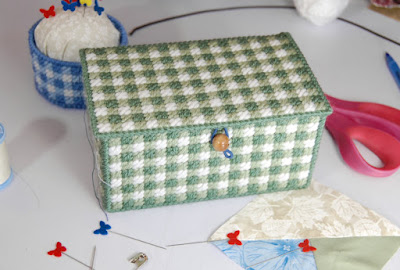 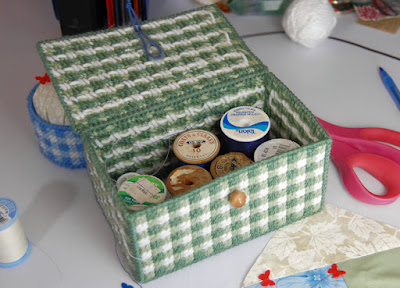 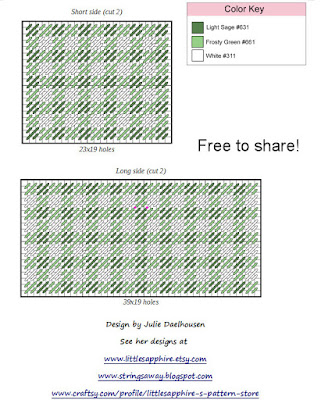 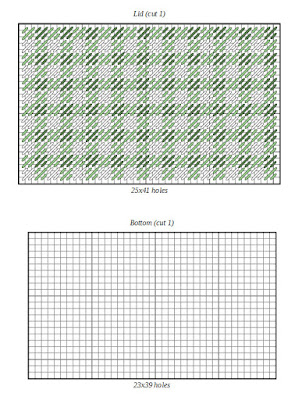 Click the image above to see it larger.  You may share this pattern however you please as long as you don't alter it or claim it as your own.  You may sell items made from this pattern.  However, you may not sell this pattern.

Well, that's the last pattern in that series.  Did you guys enjoy having a series like that?  Or would you prefer random, seasonal patterns?  I would love to get some ideas from you!

Just a heads up, I'm not sure exactly when I'll be back next week, so I may not have a canvas tip posted, but I'll try to get another pattern up next Friday!  I hope you're all having a great week.
Posted by Julie D at 8:00 AM