Hi guys!  Happy Wednesday!  AAAAH, I'm so glad my work today is finally done.  What a busy week I've had, and not in a fun way at all!  I've hardly had any time at all to work on my creative projects, so I don't have a lot to show you this week.  I do however, have a lot of canning pictures to share!

What's up with canning:

This has been the canning week this week.  My canning cupboard is about 2/3 full now I think, but I'm going to take a little break before doing any more canning.  I have sewing and stitching to do after all!

The first thing I canned this week was ketchup.  Hubby helped with that, so it wasn't too hard.  We don't eat sugar, but we love ketchup, so I've been making our own for quite a while now.  Here's the recipe if you're interested.  We like it not only because it's sugar free but also because it's just really good.  It's got amazing pizzazz.  I told him this should last us for six months or so, and he was surprised.  He thought it might last us two months, lol.  He loves ketchup. 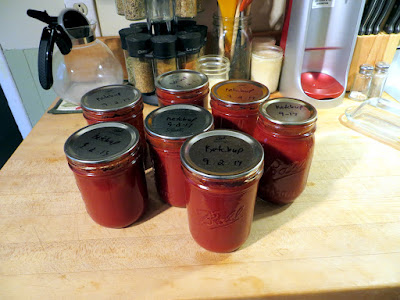 Next I did split pea soup!  I had to doctor it up though because it only had 1 cup of ham in the whole recipe, so I added about two pounds of ham, lol.  Yes, I love ham! 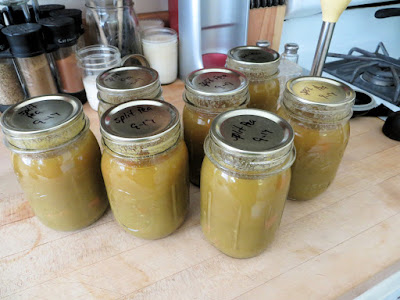 Then it was finally time to take care of those pesky pears I picked the weekend before last at my MIL's house.  They were beautiful pears, but because the tree is very old, the pears have what's called stone cells which are basically pebble sized that are as hard as rocks all through the pears, so they take forever to cut and peal.  I can't leave stones cells in the pears because my silly hubs chipped a tooth on one a couple of years ago which lead to his very first cavity at 35 years old (!!!).  So anyway, to make a long story short, I spent literally all day yesterday peeling pears, ALL DAY PEALING PEARS, and all I got out of it was 7 quarts. 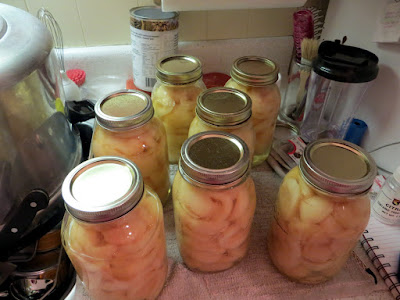 After that, I was just done.  I quartered the rest of the pears and threw them on the stove to make juice, then canned it up to be made into jelly in the future.  And then next year, I'm going to let the birds have the pears.  UGH, no more pears! 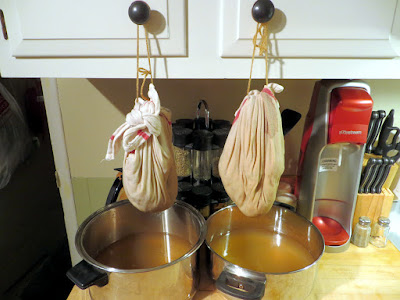 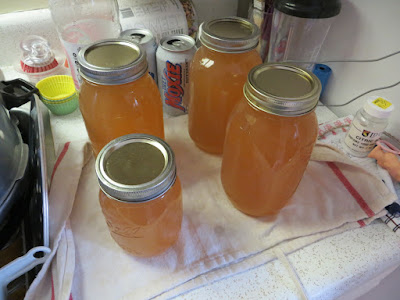 By the way, if any of you are canners, I can't recommend highly enough getting a steam canner.  They're amazing!  They're so much faster and easier than water bath canning, and no more having to have an extra pot of water on the back burner in case you didn't fill the canner up high enough.  Plus, a couple of years ago, the USDA published a report that finally proves that steam canners are safe.

And I promise this is the last of my canning rants for a while!  I'm going to focus my energies on creative things for a while!

What's up with stitching:

Well, like I said, I haven't really had time to get into my creative stuff because of everything else, but here and there I have been working on my Happy Place wall hanging. 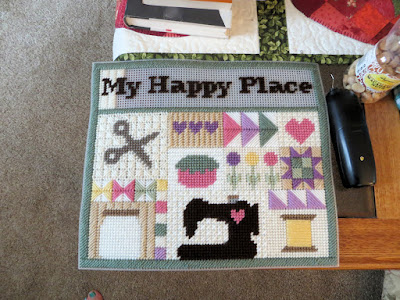 I love how it's coming out, don't you?  My MIL saw it today and fawned all over it, I think because she's a quilter too and loves the quilting themes.  I can't wait to see it all finished!

Well, that was my week!  I hope you're all having a good week too, and hopefully next week's post will be a lot more interesting.
Posted by Julie D at 4:27 PM