When you pick up plastic canvas for the first time, you might not know exactly how you're supposed to cut the canvas.  Or is that just me?  At first, I thought you were supposed to line up the canvas with the graph on the pattern, lol.  Which is a cool idea, except few patterns are actually printed 1:1!  Usually they're a lot smaller to save room.

I eventually figured out you had to just count the holes on the pattern and match those up with your work piece (later on I figured out it was much easier if you marked your canvas).  The next question you might have is what should you cut the canvas with.  We all have scissors, afterall, but I think certain kinds of scissors are better for the job than others.

I was lucky that I already had a nice pair of Iris scissors, which are long handled and meant for precision.  They're the ones on the left in this picture: 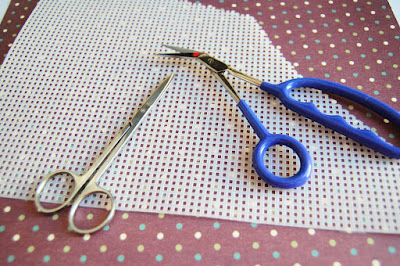 They work perfectly; their long handle keeps my fingers out of the way, and the thin, short cutting part lets me do very fine work. 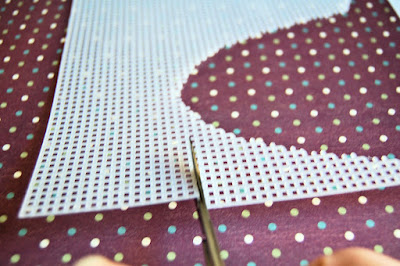 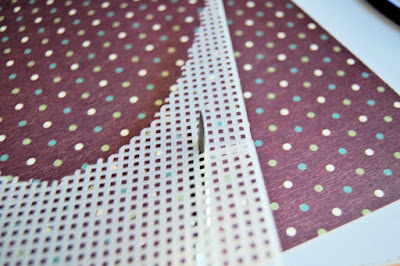 They're not great for ultra stiff plastic though because the blade tends to slip a lot.  That's why I got that other pair of scissors, the purple handled pair above.  You may have seen them in craft catalogs or on craft supply websites.  They're supposed to have serrated blades to hold onto things, which I figured would help with the slipping issue with stiff canvas.  They look cool and all, but unfortunately the pair I got was badly manufactured and has a large gap between cutting blades: 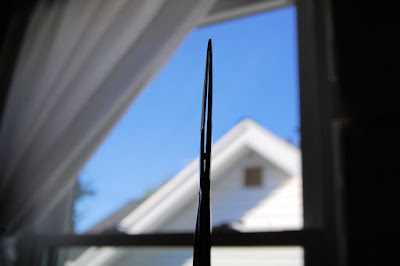 It may not look like much from the picture, but it means that it doesn't cut for crap.  I have safety scissors that I bought for 50 cents that cut better than this expensive pair, which is sad.  These things don't even cut paper!

So that's my opinion about scissors: start with a pair of Iris scissors, which are fairly easy to find and not too expensive.  If you can find some angled surgical scissors, those might be useful too, but I haven't found any yet to try them out.

On a side note, I've actually heard that some people use x-acto knives to cut their canvas, which sounds a little extreme to me.  But if it works for you, give it a try and let me know how it works!

Happy stitching everyone!
Posted by Julie D at 4:57 PM